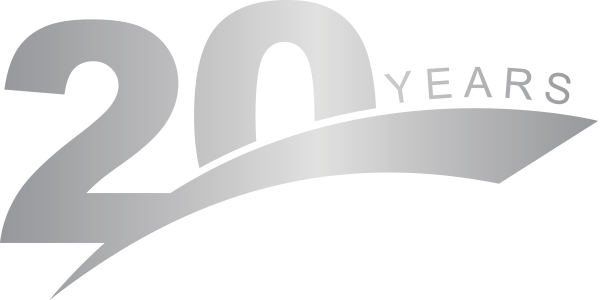 Art Jaeger, after a 20 year career in the music industry including tenure as an executive vice president at Capitol Records, knew he wanted to start his own company. But he also wanted an investment that was going to last.

So Art devised a checklist to grade multiple business investments by with very strict criteria, including, an investment that only needed a small number of employees, the capability to be self-financed, the ability to be an absentee owner or spend less time in store if he wanted, and an investment that retains its value, so he could sell quick near original buying price if necessary. After attending a laundromat industry trade show, Art decided on investing in a laundromat and procuring the newest in laundry technology.

He was immediately interested in the digital laundry tech that he previewed at the laundry trade show. Art saw innovation in key features and benefits like laundromat automation, remote online store management, digital credit/debit card payment, and loyalty marketing programs when he received a demo for a digital card-only LaundryCard reader from Card Concepts Inc (CCI).

He used the LaundryCard digital laundry payment system to transform his vision of a fully-automated, all digital coin-less laundromat into a highly profitable reality. A laundromat equipped with digital card readers turned out to meet all of his criteria for a wise investment.

Cyndia Zwahlen and Shan Li, in an article for the LA Times, noted his business acumen and plan for a future-proof laundromat, saying,

The write-up continues, with the LA Times putting the spotlight on Art’s laundromats and the Card Concepts Inc. (CCI) equipment he chose to outfit and automate his storefronts with:

It’s a formula owner Art Jaeger came up with after building four other laundries.

“I build laundromats that are intended to attract people that ordinarily might not go into a laundromat,” said Jaeger, a former record company executive. He said his per-store revenue is in the top 10% for the industry. Jaeger got into the business after attending an industry trade show.

From his two decades of experience being a senior executive in the music industry, Art was experienced in networking and keeping to the ear ground for the latest developments and technology for whatever he was passionate about. So of course, Art was one of the first to know first-hand about anything cutting-edge in the laundry industry:

Like many other recent new investors in the old industry, he was impressed with the possibilities offered by the new card systems, the potential of larger-scale stores and the efficiencies of the latest machines.

“I realized,” Jaeger said, “that the business was on the cusp of changing.”

Not only was Art featured in the LA Times, but Card Concepts Inc. (CCI), the manufacturer of LaundryCard, also caught up with him in one of his California stores. He spoke about his experiences of automating his laundromats with digital coinless card readers.

Art learned that with LaundryCard naturally came “float”, or the amount of unused funds left on a self-service laundry loyalty card. These amounts over time can add up to large sums of money each month, in some cases, float can pay for the implementation and cost of the digital card systems and loyalty kiosks that accrue it, or equal the average rent on a laundromat facility.

In a short video created by CCI on his success with LaundryCard in his laundromats, Art said,

“By definition, you’re always going to have ‘float’ in this business. And that is the difference between the customers who place money on their card and how much they use on their LaundryCard to actually start washers and dryers… I would have to say that in my Santa Clarita store, the float alone has paid for the entire LaundryCard system.”

“In the years that I’ve been using LaundryCard in all of my stores, I have found the customer experience to be an extremely positive one. There’s not a week that goes by when I don’t have customers coming to thank me that they no longer have to tote around tons of quarters, especially when you have machines that could require as many as 70 quarters.”

Art continues to be a multi-store owner of a cluster of profitable stores in the Los Angeles-area. We at CCI are very happy to see Art receive the recognition he deserves for his hard work, business savvy, and insight!